At the beginning of 1993, by the initiative of 20 production companies, commerce chambers and national institutes for standards, The Romanian Association for International Article Numbering (ARNIA) was created and lately its name was changed in EAN Romania.

After the license, and after the Romanian authorities notification for EAN INTERNATIONAL association , the membership application was transmitted to Brussels, at the beginning of 1994. In May 1994, The General Assembly of EAN International, approved the member quality for EAN Romania, and in August 1994, it confirmed the legality of the Romanian Organization and its affiliation to the EAN national organizations community all over the world.

The GS1 Romania Organization’s goals, as they were defined in the initial statue, are:

These goals are still actual and they became more important, linked with GS1 standards development or technological evolution, such as Electronic Commerce, Radio Frequency Identification , Internet development. In 2001 The General Assembly reviewed the goals list and scales them:

The first president of EAN ROMANIA was Mrs. Marcela Iosep, representing the French-romanian company GENICOD. She was also the CEO from the beginning till 2002. Ms. Maria Sbera, from WEGAFOR was the vice- president between 1994-1996 and then Mr. Cristian Zimniceanu, from Romanian Commerce and Industrial Chamber between 1996-2000. From 2002 to 2004, the President of the MO was Mr. Dumitru Lupusoru, representing the Czech-Romanian company TESVA.Now GS1 Romania is run by Mr. Ciprian Iosep, who spent a lot of energy and resources for promoting EAN/GS1 in Romania, from the very beginning. Nowadays, the Organization has three vice- presidents, one of them is the general manager of CS-EAN. The stable structure of the Mamagement Board has given the organization’s strength and it has compensated the poor material resources, as the founder members were not big companies with great financial and material resources. EAN ROMANIA was an independent organization since the beginning. The first product codes were allocated in August, 1994. The translation of EAN system’s documentation started then, too. The first Romanian printings appeared in 1996: the INFO magazine and the annual report .

A progress in organization growth was made in 1996 when the first METRO cash and carry was opened in Romania. From then, the growth became visible, but not a spectacular one. Then, other multinational distributors such as Billa, Delhaize Group, Carrefour, showed up on the Romanian market, which increased the number of GS1 members and diversified the industry represented. If at the beginning most of the GS1 Romania members were from food industry, now many other economic fields are represented. 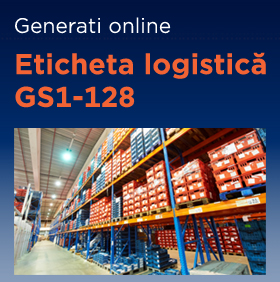